Manipulation in an Addiction Intervention – What You Need To Know

Being a loved one to an addicted individual isn’t easy.

It can be hard to understand why they do the things they do.

Eventually, when they come around asking for your help, you’re so desperate to help them that you’re willing to do anything.

This is among many other common scenarios is when you become susceptible to manipulation.

Manipulation is a characteristic that is seen in every addicted individual.

Addiction isn’t a moral failing, but rather a disease that literally alters the afflicted individual’s brain chemistry.

It’s best to think of manipulation as a symptom of active addiction.

That doesn’t mean that they shouldn’t be held accountable; it means that you shouldn’t feel as though you are failing to help.

It’s our innate desire to help those closest to us; we aren’t heartless, and when we see the people we love in pain, we will do whatever we can to help.

Unfortunately, someone in active addiction will change their priorities, and your mental stability is put on the back burner in favor of drugs or alcohol.

Nevertheless, you shouldn’t fall victim to any sort of machinations from the addicted individual.

Anyone suffering from addiction becomes a master manipulator, being able to tug at your heartstrings and appeal to your morality. They know what to do and say in order to get what they want.

Why Do They Manipulate?

The main reason why addicted people manipulate is to keep their addiction going.

Addiction affects the chemicals in your brain to the point where if the substance isn’t routinely in the body, the addict wouldn’t be able to function normally.

One thing to realize is that they’re cravings are so strong that feel as though anything they do to relieve that craving is justified.

They become so desperate, that it overrides any thoughts and feelings of morality.

Because they’re so psychologically and physically dependent on the substances, that nothing else matters but the substance.

What to Look Out For

One such tactic that’s commonly used is guilt tripping.

Often times, the addicted individual will say things like “You’re the reason why I drink,” or, “You just don’t understand what it’s like to be me.”

Other times, they’ll just call to let you know that they’re tired, hungry, and homeless, and need your help; if they have children, they’ll use them as a way to tug at your heartstrings.

Guilt trips work because you have a conscience, you care about the person, and you second guess your thoughts and feelings.

Another tactic would be the addict playing the victim.

They’ll often times blame other people, places, or circumstances, never fully accepting the fact that they’ve created their own misery.

Addicted individuals will feel entitled to act a certain way because of what they’ve been through and shouldn’t be judged because of their hardships.

Because they can’t accept that the fault is their own, they’ll demand sympathy and help from others, which further normalizes their behavior.

How to Set Boundaries

In order to avoid being manipulated, you need to set up boundaries; you have to protect yourself from the lies and half-truths that will inevitably be used against you.

The most important thing you need to do to protect yourself is to learn how to set up boundaries.

This is easier said than done, however.

There are some obvious examples of what not to do (like going out to buy drugs or alcohol), but there are still those times where you feel like if you don’t help, you’ll be making things worse.

It’s this gray area that manipulation lives in; it’s in this area where you will be manipulated.

Educating yourself of the addict’s manipulation and lies is the first step in protecting yourself.

Being honest and firm in your stances and not budging an inch on what you’ll do will show that you mean business.

Holding the addict accountable and not letting them talk their way out of their own faults will help keep you from being manipulated.

Remember: because their mentally dependent on the substance, they won’t see what they do as their own fault.

How an Intervention Can Help

In order to truly help your loved one in active addiction and end this never-ending game of manipulation, the best thing you can do is set up an intervention.

Intervention’s force the addicted individual into confronting the realities of their situation.

Their transgressions are brought to light by those closest to them as they convey a message of love and support.

If you feel uncomfortable about hosting an intervention, hiring a professional interventionist can help.

They are licensed and trained in setting up and hosting interventions and are able to diffuse any situations that might come up.

An intervention is not a way to place blame on the addicted individual: it’s a way to push them in realizing they need help. It won’t be easy, however.

Often times, the addict will leave with feelings of guilt self-doubt that are completely disproportionate to the actual reality of the situation.

They’ll say things that will both pull on your heart strings and make you feel like a horrible person all at the same time.

You need to stay strong and show that the path they’re on will only end in prison or death. 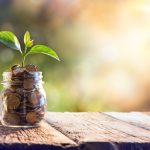