What is Narcissistic Personality Disorder?

Everyone likes to get praise or acknowledgment for doing a good job.

But some take it to the next level.

Internalizing a constant need for a supply of praise and acknowledgment, it changes them profoundly.

Some may bring up an accomplishment in order to start a conversation.

This on the surface may come off as annoying or egotistical, but it goes deeper…

Narcissistic Personality Disorder or NPD is a personality disorder where one thinks unusually highly of themselves.

They also have a need for excessive and constant attention and admiration.

This need is so strong that they will ignore the feelings and thoughts of others.

They can also be intolerant to any type of constructive criticism.

People with NPD can exhibit a variety of symptoms or behaviors.

Some of the most common signs include:

They may also be very sensitive to criticism, taking everything very personally or as an attack on them.

People who suffer from NPD are also at a higher risk of developing a dependency on drugs or alcohol.

They have a difficult time dealing with reality, let alone the mental and emotional pressure of always trying to be perfect.

Let’s look at some statistics about narcissistic personality disorder:

Most psychologists agree that Narcissistic Personality Disorder develops from any time of childhood mental abuse or authoritative parenting style.

It is difficult to understand exactly how it starts as it is normal for some children to present signs of NPD which they later grow out of.

It’s diagnosed on a variety of genetic, social, psychological, and environmental factors.

There are many studies, which suggest just like addiction, it has a high likelihood of being inherited.

Emphasis is placed on the environment and psychological factors.

Parenting style or how much attention a child is given can influence how they interact with others.

If a child isn’t given praise or acknowledgment by a parent for an accomplishment they may try to seek attention elsewhere.

Over a long period of time, it may spiral into something they no longer consciously do.

Sometimes children may try to act out in a variety of ways in order to receive the love and affection they seek from their parents.

On the opposing side, parents who are very over controlling may also contribute to a child developing NPD.

A child may feel that nothing they ever do is good enough for their parent and as a result, they try to be good at everything or find any reason to receive praise or attention.

According to Help Guide they found that in some cases NPD symptoms were learned or inherited from a parent or other caregiver.

As a result, the child is then left believing that these habits are normal.

It may be very difficult for them to unlearn this behavior especially if their parent constantly reinforces it.

The same is true if a child has an alcoholic or addict as a parent, they learn from their behaviors and have a difficult time seeing that their behavior is wrong because that is what they were taught.

How are Addiction and NPD Connected?

Even though being physically dependent on a substance and having Narcissistic Personality Disorder are two separate diseases they have a lot of common underlying factors.

A study conducted in the Netherlands found that of 178 alcoholics roughly 78% of them had at least one personality disorder.

Similarly, of the 86 drug addicts about 91% of them had at least one person or more personality disorders.

It goes to show that Narcissism and addiction tend to feed off of each other.

One school of thought is that people who suffer from NPD have a very grandiose view of themselves and feel that they shouldn’t be classified as an alcoholic or drug addict because they perceive themselves to be much better than that.

Dr. Craig Malkin book explains that Narcissists have a difficult time trusting or depending on people for love, connection, and caring; therefore they look for other things to fill the void where people fall short.

He explains how many Narcissists use drugs or alcohol to soothe themselves much like a person would turn to someone to make them happy or relaxed.

When a person is in active addiction they have a hard time loving, caring, or thinking about anyone but themselves.

It isn’t that they do not want to partake in these actions but simply that they cannot due to the burden of actively trying to keep themselves “well” so to speak.

As a result, NPD and addiction tend to fuel each other similar to how a fire feeds off of a windstorm.

The self-centeredness of addiction coupled with the fact that people with NPD feel they are so much better than others makes it very difficult for them to feel any sort of remorse or guilt for their actions.

The lack of self-worth that narcissism feels may go away when they use drugs but once the drugs wear off they are left feeling worse.

They can recover but it does take a lot of therapy and a willingness to be honest and trusting towards others.

Many Narcissists are very insecure under their façade of self-importance.

People who suffer from NPD often have a difficult time coping with guilt or shame that they feel as a result of their behaviors.

In a normal person, feelings of guilt and shame that are not dealt with usually do not lead a person to pursue negative behaviors.

In an addict however guilt and shame fuel the addiction.

Left untreated they push the addict to use more as a coping mechanism and as a result, it is hard for them to come out of that downward spiral.

If a narcissist feels attacked or belittled in any way it may cause them to lash out or seek revenge against anyone who may be trying to help them.

Due to this fact it is difficult to encourage someone with NPD to seek or accept help.

Narcissists always feel the need to put themselves on a pedestal and in order for them to come to terms with the fact that they need help they have to find a way to see themselves in a different light.

According to Lance M Dodes, addicts have a tendency to feel powerless in their situation and powerlessness fuels rage.

Narcissists have a tendency to use that rage and powerlessness and redirect it towards someone or cope with it using more substances. It is a never-ending cycle that is difficult to break without professional help.

Many times the only way to help someone who may suffer from NPD and drug addiction is with professional help.

The reason being is that patients with NPD have usually mastered manipulating and lying to the people closest to them.

When friends and family members try to stage an intervention or bring up that they need help, the person with NPD will often try to steer the conversation in a different direction or deflect.

A professional interventionist can assist in keeping the conversation about the narcissist and getting them help for their addiction.

They are trained to keep the conversation about their problem without feeding into their egos or getting trapped by their manipulation tactics.

Many times an addict who suffers from NPD has a difficult time because they tend to take negative feedback and criticism very harshly.

It is important to be patient when staging an intervention for someone with NPD.

It may take a while for them to come to see their faults and accept help.

Sometimes multiple interventions may be called for if the person is very deep-rooted in their ways or unwilling to admit to their addiction.

No matter what it takes just remember that they are worth it and with perseverance recovery is possible.

It’s never too late for someone to get the help they need in order to recover.

Don’t let an addict with NPD fool you into thinking everything is all right. Take action today and get them the help that they desperately need. 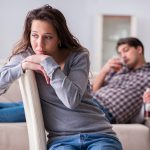