Heroin addiction is nothing to take lightly. Your family is not the only ones going through this – it can happen to anyone in any family. The consequences of using heroin can cause dramatic changes in an addict’s life and relationships. This happens because heroin takes over that person’s life fully.

Of course, some people can learn to disguise their addiction better than others. But the reality is that with time, things always get worse. It becomes nearly impossible to uphold a normal life while using a drug such as heroin. If you believe that someone you love has an addiction to heroin consider holding an intervention.

An addiction intervention needs to be held immediately when heroin use is first suspected.  Don’t forget that death is a real possibility and an eventual reality if use continues. On the streets, bags circulate with a high amount of drugs such as Fentanyl and other deadly substances mixed with heroin (or some just contain pure fentanyl).

Every day people are dying from this drug due to its potency and the mixture of other substances, like fentanyl which we mentioned. Of course, no one wants to believe that their loved one is using heroin. This can be exceptionally hard to accept. But it is extremely important that you do so that you can take the best course of action.

As a person uses heroin the signs and effects of use become more apparent. Things in life that are affected by addiction include their career and intimate relationships or relationships with family members. The sad truth is that heroin addicts are very much helpless and unable to stop using. The nature of addiction is followed by a compulsion to get more and more heroin no matter the cost.

The aspect of helplessness has to do with the strength of heroin. Its hold can be very strong mentally and physically, making it difficult to live a normal life without treatment. This is partly because of how psychologically debilitating side effects of detox can be. Withdrawal symptoms can cause the person to believe that being off heroin will create a blank undesirable state of living.

They don’t realize they can have a better quality of life if they get professional help. Feeling overwhelmed, hopeless and alone often leads to the person doing more drugs to get high. They attempt to find the euphoria of the drug to mask the emotional turmoil they experience when they aren’t high.

Among the many problems with using heroin to just get high is that with each exposure to heroin, the effectiveness decreases. The more that a person takes heroin, the more that the body becomes accustomed to it, slowly building a tolerance to it. When the same amount of heroin is used, the brain adjusts to what the heroin does to it and responds less and less.

This usually forces users to increase how much they take. They desperately try to experience the same sensation that first made them addicted. With time, a person withdraws from social events and responsibilities. This is partly because the heroin’s tranquilizing effects prevent interaction and presence in anything.

An addict experiences decreased self-control with chronic abuse of heroin. They become less capable of dealing with any kind of stress and physical discomfort. This often results in moodiness, frustration, depression, ill feelings, and poor relationships. These changes can affect each aspect of the life of a heroin addict.

Heroin can be snorted, but people frequently inject the drug. With this process, they feel an overwhelming reaction to the drug, but it also can cause a large number of health issues. Due to repeated injections of the drug, the veins of the addicted person can collapse over time. Many inject infection ridden bacteria into the veins. This can cause severe infections and even abscesses.

Developing heart or kidney infections also happens and may be deadly. People who have been using heroin for prolonged periods will be at higher risk for diseases such as hepatitis or HIV. Heroin can also result in poor choice-making, such as interactions with dangerous individuals and even exposure to violent or criminal incidents. In order to stop these symptoms, addicted people often revert back to heroin.

This creates a vicious cycle in which addicted people simply cannot quit taking a drug on their own accord. No matter what it is they want, their bodies have created a physical drug dependence.

If you don’t intervene in your loved one’s addiction to heroin, their life will take a dark turn. Whether it is you that intervenes or not, an intervention needs to happen. Many heroin addicts face intervening situations like going to jail or the death of a friend often. To stop the drug from taking over everything good in your loved one’s life, stage an intervention.

Intervention is Effective & How to Take the Next Steps 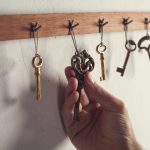 When Is Staging An Addiction Intervention The Best Option?Intervention 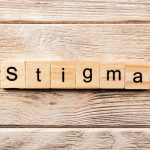